We take extreme care to ensure your items arrive safely.

Keep me up
to date!

The following are reviews of my Olympic and Caronia books.

On October 15, 2012, the The Shields Gazette ran a nice review of the Olympic Book. 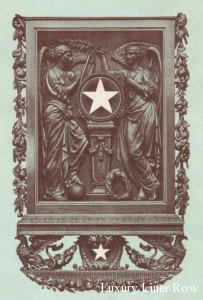 When a ship such as the Olympic has a long and successful life, choosing representative images for inclusion in a book on the subject is difficult – too often, the same photographs from the same angles of the same subjects present the reader with one question:  Why did I buy this book?  In the case of RMS Olympic, the sophomore writing project of maritime collector and researcher Brian Hawley, the photos seem to have been chosen with great deliberation and care – and this is reflected in the book itself.

A veritable cornucopia of images spill off of the pages, with each accompanied by illustrative text.  Composed of photographs and long blocks of descriptive type by way of explanation, this book showcases the size, fittings, life, and career of the Olympic.  Based on the standard chronological approach to ship histories, RMS Olympic is a vehicle to display seldom, rarely, and never seen views of the ship.  The photos are high resolution halftones with a dpi that is incredible for a simple offset-printed job; each is properly identified and captioned, and there are no “here is the elegant liner pulling into dock” type of labels anywhere.  Instead, there are two hundred fifty-five words alone to explain the image of the ship’s stern post under repair after being damaged by the Furness Burmuda liner Fort St. George.

If the great photos in the first ninety-five pages were not enough to justify acquiring this book then the remarkable and unique set of photos taken on board the ship on May 25, 1912 would be.  While in New York, Hawley notes “the following photographs were taken that day and showcase many locations that were important to the (U.S. Senate) inquiry . . . it is probably that these images were taken for the benefit of the inquiry.”  Views fore and aft on the forecastle, of the bridge with signaling equipment and telephones (three photographs), the view aft of the Grand Staircase while at the Boat Deck entrance – these are just fascinating.  Then, showing the original configuration of the Olympic’s boats, a lifeboat drill at #10 is shown (complete with Berthon collapsibles), the stern looking forward, and other breathtaking images that all still bear traces of their “evidence” labels in the lower left corners.

All too often my lament is that a book is too short, and this one is no exception; I have also often asked the rhetorical question of an author as to whether or not this current book is merely volume one of many, and again, this should be part one of a multi-part set.  As stunning and varied as the images are – from building to scrapping, they are only improved upon by the verbal descriptions.  And it is in this pairing that RMS Olympic shines and provides a valuable addition to the canon of the Olympic-class liners. 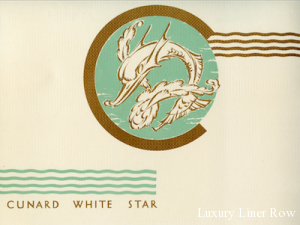 Reviewed for the Titanic Historical Society by Tim Trower.

The Caronia II was a harbinger of better times after the disastrous World War visited widespread destruction on the maritime world.  Envisioned as a true cruise ship that would occasionally make a Transatlantic crossing, the new Cunarder would resemble in many ways the Queen Elizabeth in fittings, spacious cabins, amenities, and comfort.  In her service as a cruiser, the color scheme suggested comfort and activity for her planned travels around the world.

And travel she did – from 1949 until her retirement from the Cunard fleet in 1968, when she was sold to become the short-lived and ill-fated Caribia, sailing just two more times with paying passengers.  From that moment on, she was tied up to wallow in decay and rust until her end came.  RMS Caronia – Cunard’s Green Goddess is the story of this liner and her service, and one that engaged this reviewer from start to end.

Bill Miller, who knew the ship well, and Brian Hawley, born well after her demise, have teamed

to write and illustrate a valuable addition to the history of post-war Cunard.  The Caronia was built as the first modern cruise ship, and the case for this distinction is made page by page through the voyages that comprised her life.  Miller and Hawley write of her design, fittings, cruises, passengers, and itineraries as they include the reader on a twenty-year jaunt around the globe.

Rich and vivid word pictures are drawn when describing a cruise that ended in England at the coronation of the young monarch, Queen Elizabeth, and of the early morning breakfast necessary for passengers to leave Soton on a special train at 4 a.m. – the reader is left with that same sleepy/exhilarated feeling that passengers experienced as they headed off of the ship in the middle of the night.  Such tidbits abound throughout the work, mingled with images rarely if ever seen of the Caronia’s interiors and eventual scrapping.  Hawley has a passion for this forgotten ship, and as a collector he has sought out the lost reminders of the liner; the book is an illustrated history that showcases items that few would otherwise ever see.

All ships are destined for the bone yard, and the Caronia’s trip came in 1974.  The book chronicles her last voyage from New York as she headed to scrappers in the Far East, but she instead fell onto the rocks in Guam.  Miller and Hawley then detail the pressures of scrapping a partially sunken ship that just happened to have landed literally almost on top of a barge loaded with high explosives.

This reviewer tends to study and read primarily about Transatlantic liners, and those of the era of the Titanic are of course of the greatest interest.  But although Hawley may not have been alive to see this ship in person, his passion tied with Miller’s wealth of knowledge have combined for a page-turner, and one that I highly recommend.